Thrawn Alliances is the second Thrawn novel in the new canon trilogy by Timothy Zahn. The first book in this trilogy was an origin story that told us how Thrawn came to be Grand Admiral in the Galactic Empire’s Navy. I absolutely loved it and was eager to start my read of this second novel. So, how does this one hold up against the other? 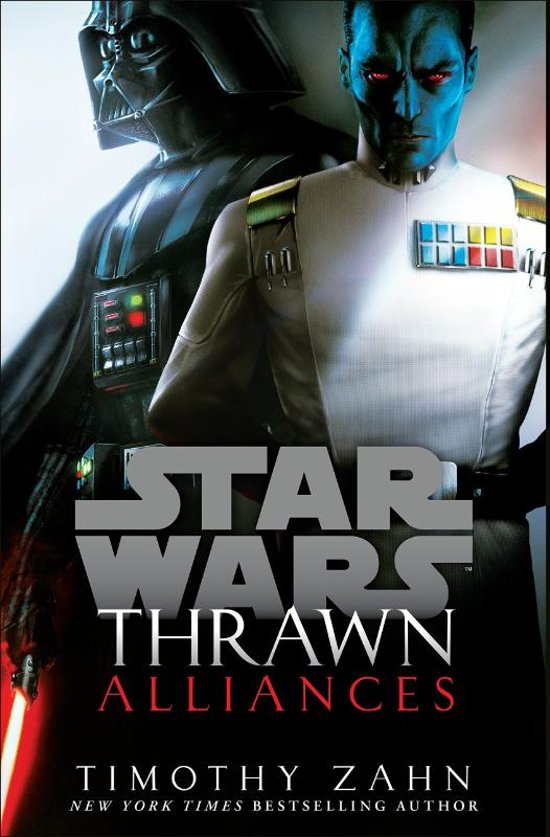 This book starts with Thrawn and Vader inside the chamber of Emperor Palpatine as they’re sent on a mission in the Unknown Regions to investigate a disturbance in the Force. What they don’t know is that there’s a link to the past there for both of them. The book is divided in two separate story lines, one in the present, during the time of the Galactic Empire, and one in the past, during the Clone Wars era.

Time for Vader to face his past

My love for the Clone Wars was really fed by this particular story line where Thrawn teams up with Anakin Skywalker. Both men are on different missions but find common ground and team up to unravel a mystery that starts on the planet Batuu, but soon leads them on a trail deeper into the Unknown Regions. Anakin is looking for Padme, who’s gone missing after she went to investigate the disappearance of one of her former handmaidens. The story rapidly takes up pace as they uncover a sinister plan of the Separatist Alliance.

Time for Thrawn to face his future

Thrawn and Darth Vader teaming up is such a great concept! Vader’s distrust for Thrawn makes this story line very compelling and the fact that Thrawn is highly intelligent makes you wonder if he will put one and one together to find out that Darth Vader is in fact former Jedi Knight Anakin Skywalker. This story line has the two investigating a disturbance in the Force on Batuu that eventually leads them to the same moon where they once teamed up in the past.

“The past is the past,” Vader said. “The present and future are all that matter.”

Bringing it all together

It was just so wonderful to see how Timothy Zahn managed to bring everything together. The consequences of past actions in the present and how a new threat to the Empire was working behind the scenes all this time was rising. Seeing Darth Vader in action is always a treat and Zahn delivered there. He is such a bad ass! And Thrawn’s tactical mastery and cunning add so much to the story. His cold logic and calm demeanour are a big contrast to Vader’s Dark Side infused rage. It’s exactly this that creates such a wonderful story. The constant friction between the two and their totally different approach to solve problems. This is also apparent between Anakin and Thrawn in the past, but Anakin was still a guy fighting for the good guys then, of course.

Overall I really loved this story. Timothy Zahn is still the undisputed Star Wars writer for me and this book is just great from start to finish. Who I did miss was Eli Vanto however. I really started to take a liking to Thrawn’s ever present side-kick and he was absent for all of this story, which was a great loss, because he is just an awesome character. I do believe he is in the last part of this trilogy, though, so I’ll have that to look forward to now 😉

Happy reading and may the Force be with you!