Hello everyone! December is almost upon us and that means that a time of self-reflection is starting for me. What have I achieved this year? What have I learned? Of course, looking back always comes with the realization that we didn’t manage to get everything done we had wished to, but that is a part of life. This year is probably one of the first where most of my plans didn’t work out, because we moved to a new home and that in itself was quite an undertaking and getting settled takes time as well. Maybe this year is a good year to not be too hard on ourselves for not reaching every goal. Not in the last place, because we still have to deal with the COVID-19 pandemic, which just won’t seem to end. That doesn’t mean we can’t still kick arse, however 😉 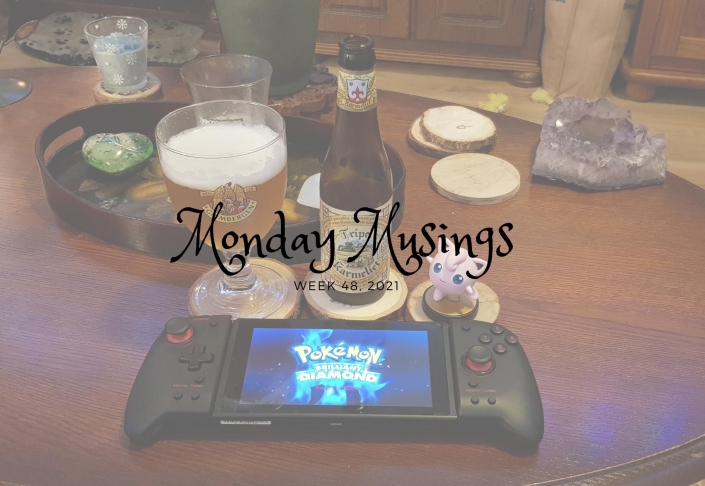 I’ve also finished playing PictoQuest, which was a fun little puzzler, albeit a short one with some cool ideas to add RPG elements to a puzzle game. I enjoyed the game, but it’s not perfect. Tomorrow I’ll share all my thoughts on the game with you!

I’m also nearly done with the Game Boy Advance smash hit Metroid: Zero Mission. After accidentally failing to load a savegame and having to start all over again. The good news is that I was able to get to the same point as before in less than half the time, but I still have a little bit to go, I think. After that, I’m going to start playing Metroid: Samus Returns on the 3DS. As I got my hands on the collector’s edition years ago, but never really bothered playing the game (this happens every so often with games and books I buy).

My new phone is coming!

Bren and I are both trying to live a life where we’re conscious about our impact on the world and we have a low waste living style. For instance, I’ve been using my Samsung Galaxy Note 8 for more than 2 years after I was offered a new phone by my provider. But lately it’s performance has dwindled a little bit and one of the most important functions that I use, navigation with Google Maps has stopped working properly, because my phone fails to pinpoint my location. I’ve also noticed that other apps seem to stutter a whole lot more, so today I finally ordered my new phone. A Fairphone 4! It should arrive later this week and I’m sure I’ll also write a review for those curious about it. Here’s the commercial for it:

I’m pretty excited about it and am looking forward to getting rid of my old phone (which I will send to Fairphone!) I think it’s important that we make the right choices when it comes to sustainability and a lot of devices nowadays are designed to fail us within a couple of years. One thing that I remember is that it was easy to replace your phone battery in earlier days of smart devices, but that this has no longer been the case for a long time now. That is troublesome, because it doesn’t allow you to replace parts or repair your phone by yourself, which is something Fairphone does allow you to do.

It’s going to be a busy, but exciting week

I’m really looking forward to what this week will bring. I’ve got a ton of content planned to put online and am also making new plans with Bren for our Dutch blog The Book Dragon’s Nook. One thing is that we both would love to read more books within our own field of interest and less review books. We also want to share a whole lot more about our zero/low waste and mindful lifestyle. There’s a ton of books and documentaries that we can share on this subject that we hope will spark the same interest in being good to yourself and the planet.

Last week during Black Friday I did buy something. It was trees that were planted for Ecosia to help our planet. I never really was big on the whole consumerism thing and never understood the whole Black Friday hype to begin with. What I truly don’t understand is that we don’t even celebrate Thanksgiving here in the Netherlands, but Black Friday seems to be a global thing now.

I hope you’re all planning to have a great week!