The Last Campfire is a very cosy indie game and it is somewhat of a love letter to The Legend of Zelda games, at least to the puzzle and adventure part of those games. This game doesn’t feature any combat system, but in most other regards the game feels very much like Hello Games wanted to take one of the best elements of Zelda and make it their own. After finishing the game I feel that they succeeded where it mattered most. 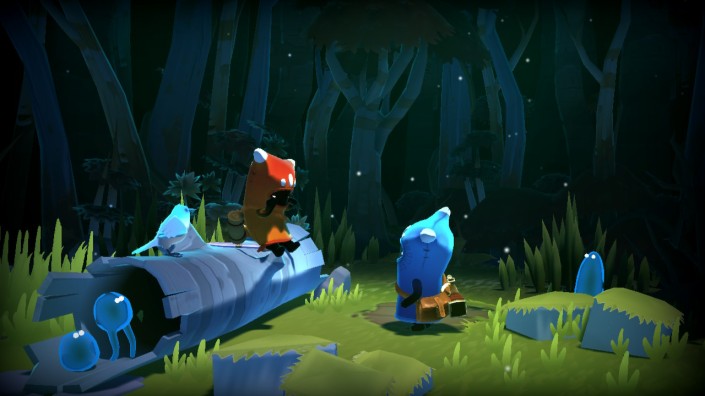 In terms of gameplay The Last Campfire has the player control Ember, who has lost his way and is trying to find his way back to his fellow Embers. Along the way you’re tasked by elder spirits to find Embers who have lost their way, these are called Forlorn. Every time you find one, you have to solve a puzzle and return the flame to the Forlorn so that they can come back to the local campfire. The puzzles are Zelda style puzzles where you have to move stuff around, reflect light beams off of mirrors and mazes. These aren’t necessarily very hard puzzles, which makes The Last Campfire feel like a very zen kind of game. Combined with the narration and the soft, but lively art direction Hello Games really managed to set a certain atmosphere that makes you feel very immersed into the game world.

Along the way Ember runs into all kinds of creatures unlike himself and the others of his kind. From pigs to a giant turtle to the Forest King. And although everything they say is told by the narrator, you really get into the story because the stuck to the single narrator style. The narration is done by Rachel August and at first I had to get used to her voice a little. She seems to have a slight accent that I just couldn’t quite place, but as you continue your journey, it just fits so perfectly with the rest of the game’s style. It’s almost as if someone is reading you a children’s book. Although it has to be said that the themes of The Last Campfire are deeper than you might think, based on the graphics.

In fact, when it comes to the game’s story, I was really surprised just how deep and philosophical it gets as the game progresses. At the end of the game I was barely able to hold back a tear, because it was just a perfect ending to such a rough, little gem that this game is. Of course, I won’t spoil too much of the story, because that would ruin the experience, but I was really touched by it.

Soundtracks and sound effects can often really make, or break a videogame. The Last Campfire has a fantastic soundtrack and each of the songs are really atmospheric and ambient. This causes the game to hit the right notes at the right time and the music is used to great effect to support the narrative and create the right atmosphere for the area you’re in. One thing that was a bit of a dud was that when you spoke to a person again, you’d get the same dialogue over and over again, however this was only a minor annoyance.

Now, the only thing that I was quite surprised at was the fact that the game sometimes had great trouble with framerate. Especially when loading a puzzle the game stuttered heavily and there were some areas that had framedrops as well. This wasn’t anything game breaking, but it was definitely not something I had expected, seeing as the game doesn’t strike me as a very demanding game for the Nintendo Switch. 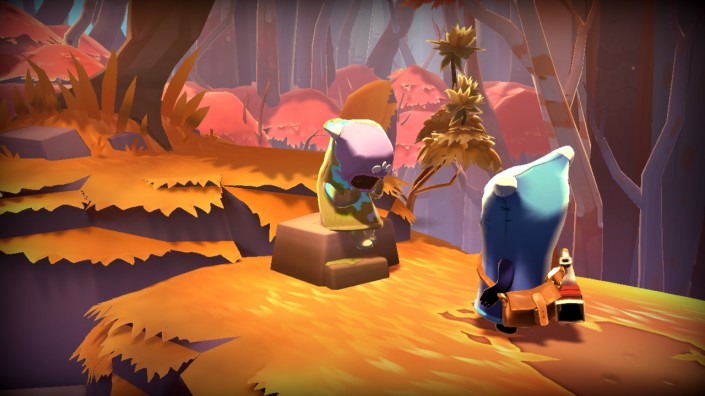 Overall The Last Campfire is, like I said before, a rough, little gem that you should really check out. The game took me about 7.5 hours to complete, which is longer than average, HowLongToBeat.com leads me to believe. In terms of replayability you won’t find much after finishing the game, sadly. Once you know how to beat all the puzzles, you’ll probably remember next time. The story is linear too, so there are no different endings, either. Given that the game is quite short I end up with a 4 star mark. I got the game on sale on the Nintendo eShop and for what I paid (€ 4,49) , I thought it was just perfect.