In good spirits I went to search for my next five books to be read in the upcoming period. I love browsing through our home library and pick anything I want. No obligations, I love it! I think it’s safe to say that I have fully recovered from my reading aversion that I experienced due to high school. I absolutely loathed reading after the obligatory books on the list I had to read. What a bunch of boring “literary” garbage that was. As a result of that I didn’t touch any books for years. I still think that it’s bad to tell someone to read books they have zero interest in. If I’d been allowed to read any good scifi or fantasy back then, I think I would’ve become an avid reader much earlier in my life.

Anyways, I have chosen five new books that I’m going to read! It’s a good mix between non-fiction, fiction and self help. Please allow me to show you! 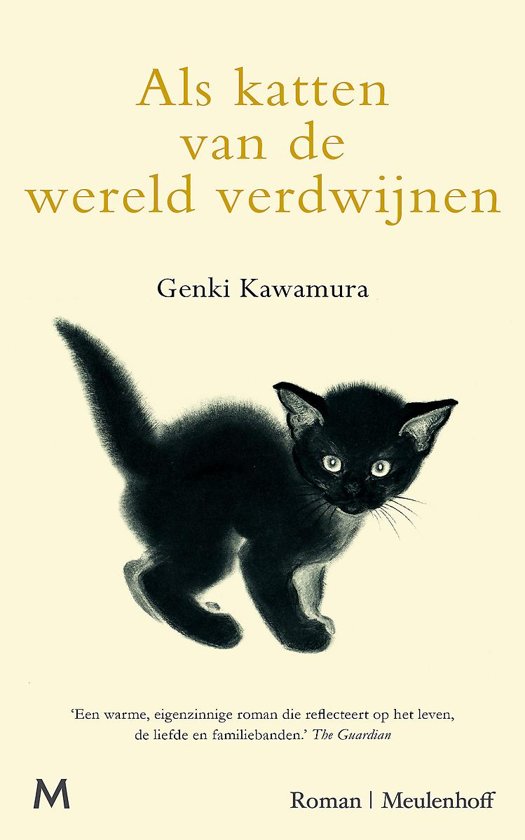 This book was released in English under the title “If cats disappeared from the earth”. I was constantly drawn to this book for some reason. We bought it because of the cat on the cover. The story sounds very enticing too. In exchange for letting something disappear from the earth, the story’s protagonist is allowed to live a day longer… I’m a big fan of the way Japanese tell stories and their quirky humour and wonderful way of storytelling really appeal to me. I did already finish this book, so the review will follow later this week! 😉

This autobiographical book is about a woman who experiences her first depression at age fourteen. There’s not much information to go by, but something is wrong with Daniek, that’s for sure. Later on she is diagnosed with bipolar disorder. This book is meant to support people who suffer from the same disease and for those close to them. I’m curious if there’s any new insights I can gain from this book. My girlfriend Bren has bipolar disorder, type 1, so I’m curious if Dineke Ypeij is able to convey her message to the reader. Stay tuned for my review! 😉

A guide to the good life (the ancient art of stoic joy) — William B. Irvine

I love stoicism! Those fellows had a pretty good grasp at life and how you are only able to influence what is going on in your head, but not so much outside. This book was recommended by Goodreads and I was so happy when Bren gifted me it for X-mas! Now seemed like a good time to give this a read! I’m curious if there’s anything new here, but the cover is pretty and that’s usually a good start!

This book contains the story of Jerome Cardano, a Milanese man who is considered the father of quantum physics. It is written as a novel, based on the true story, but at the same time this is also a book of science! It’s a perfect combination for me, I think. Whether that is true, I will reveal in my upcoming review, of course. I really want to include a scientific read in my new TBR, so here it is! A solid choice, I hope!

Last, but not least! 😉 The last part of the new Thrawn trilogy! I just had to choose this one, because I need to know the fate of my favourite character in all of Star Wars! The cover is a work of art, with a menacing Palpatine in the back (isn’t he always there?) and a wonderful red and blue theme. I hope Eli Vanto makes his return in this novel too, because I missed him in the previous book!

So, now it’s time to read, read and then read some more!

This is it! My selection for the upcoming weeks. Which titles appeal to you? Please let me know in the comments!