The contents of this box are seven bags worth of bricks, the Queen Dragon’s head and the instruction booklets, a sticker leaflet and the wings of the Queen Dragon, which are made of thin plastic. More on that later! 😉

As always, our cat Bobbie was eager to help us with this set. She has a thing for dragons and droids it would seem 🙂 It’s always nice when she joins us to help out! The first bags contain everything needed for the castle part of the set.

After finishing the first bag, this was the end result. It also contained two of the set’s minifigures.

After the second bag the tree is added and the basis for the tower is also made.

And here’s a funny little mouse that’s living down here in the cell. A very funny little creature! There’s even a piece of cheese down there, yum! 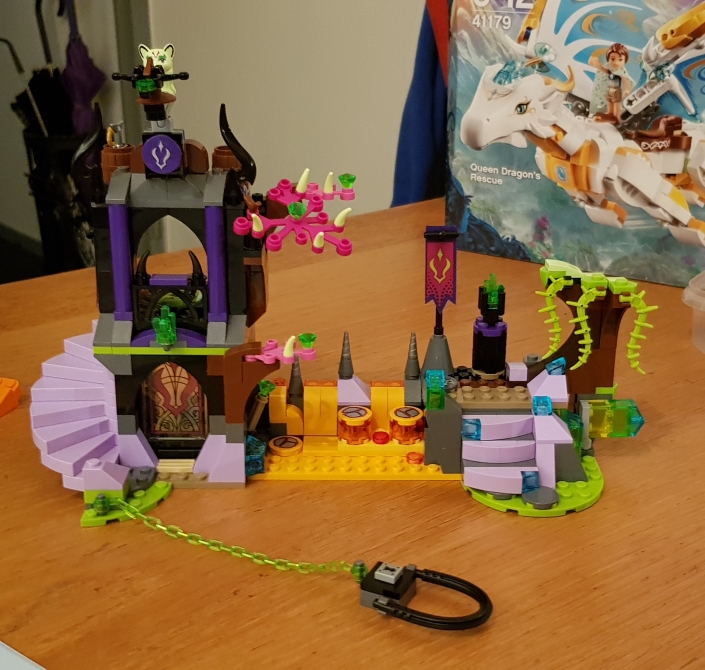 And the finished tower! Now I don’t know too much about crossbow wielding foxes, but the one on top of this tower looks like he knows his business, although it does seem he is only mildly interested in shooting.

The castle part of this build was quite fun and all of the little details are great. It feels like you could add this piece to different part of castles and towers in the series quite easily too, which is great, of course! 🙂

We didn’t get this set for the castle, of course. The main “dish” of building this set is all about the Queen Dragon herself! The biggest buildable dragon in the series, as far as I know. The first bag contains all the bricks you need to build the torso of the creature. 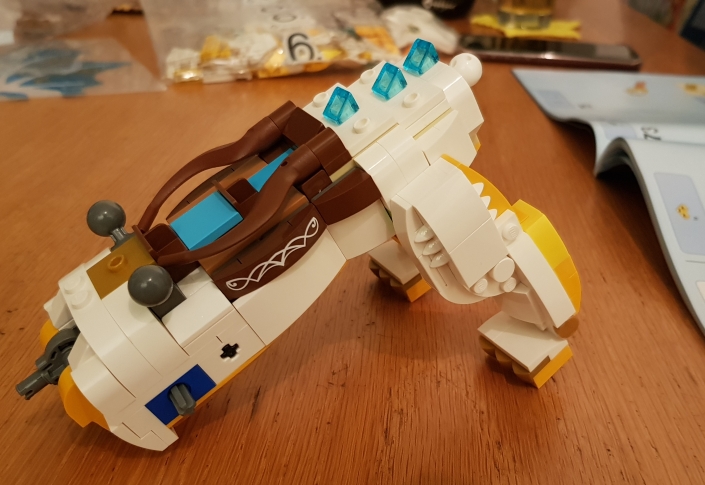 The second bag contains the hind legs of the mighty Queen. So far, it’s still not really looking like a dragon, though, haha.

Now this is starting to look more like it! She looks kinda friendly without the wings and tail even!

And there she is! The queen in full glory! I have to admit that I don’t really like the way the wings were done, but I can see how many bricks it would have taken to do them properly, so this is a good solution. She really looks impressive with her wings folded open!

Overall we really had a lot of fun building this set. The tower and lava part is very nice to go along with the rest of the villain castles and towers and the Queen Dragon herself is an impressive creature! Definitely a set we’re proud to own! She has been given a wonderful spot in our home 🙂