Our newest bookcase at home features a large section with the Warrior Cats series. Bren really loves this series, so I thought it was high time to check it out and see if I like it as well! I read the Dutch edition of this book called “De Wildernis In”. 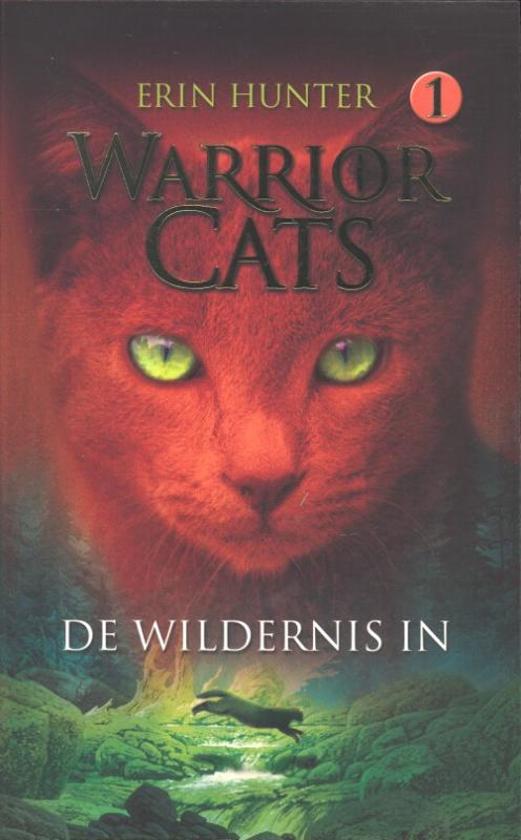 Rusty is an ordinary house cat, but deep inside he has a longing to live in the wild like a real cat, in the woods nearby his home. One day he decides to enter the forest and check if it’s true that there are wild cats living there. According to one of his neighbours it’s best to stay out, but Rusty is too curious. When he enters the forest, he runs into one of the wild cats and he is given a choice to join the Thunder Clan, or return to his comfortable life as a house cat. After being given one day to make his choice, he decides to join the clan to be trained as a warrior cat!

I absolutely loved this book! It contains everything you’d expect from an adventure; excitement, humour, a world full of myths surrounding the various cat clans and, last but not least, conflict and battle between the clans! You follow Rusty, who is quickly dubbed Firepaw. He is a young red furred cat who is eager to become a warrior. You learn all about the clans and how their hierarchy works, but there’s also tons of names. At first this was a bit confusing, especially because many have similar names that end in “paw”, “star” or “claw”. But after a while you’ll know which cat is which. Rather early in the story conflict between the clans escalates and Firepaw is dragged into what looks to become a war between clans.

I’m eager to continue reading about Firepaw and the rest of the Warrior Cats! This first book was a lovely introduction to the world and from what I heard it only gets better after this one! The only thing, besides the large amount of names, is that this story doesn’t give you answers to everything that happened in the story, but I suppose that’s logical in a series. This book deserves its 4.5 star rating from me!